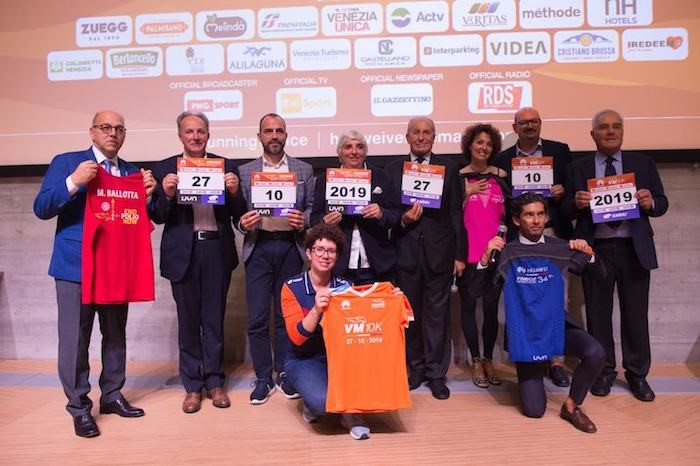 The 34th Huawei Venicemarathon is disclosed

22/10/2019
On Sunday 13,000 runners, with 3,000 foreigners from 57 countries, will run.
Sold out for the VM10KM. The edition number 34 will be a "marathon for the environment"
Yohannes Chiappinelli at the start in VM10KM
Giusy Versace and Alex Zanardi on Saturday October 26 at the Exposport for charity.
Venice, 22 October 2019 - The 34th birthday of the Huawei Venicemarathon will be celebrated by over 13,000 runners who will give life to the great celebration of the Venicemarathon and its 10K, which on Sunday morning will form a very long colorful snake that will unite the Riviera del Brenta, Mestre and Venice up to Riva Sette Martiri. Two very interesting figures are the number of registered women, around 5,000 (40%) and 3,000 foreigners from 57 countries.

The marathon will start at 9.30am while the 10K will start at 8.30am. The race will be broadcast live internationally, with coverage reaching over 80 countries. In Italy it will be broadcast live on Raisport, with connection starting at 9.20 am and in streaming, again from 9.20 am, on the www.raisport.rai website and on www.huaweivenicemarathon.it. This year the production will be curated by PMG Sport, the official broadcaster of the event, which will guarantee a more widespread distribution of images, also involving a series of web platforms.