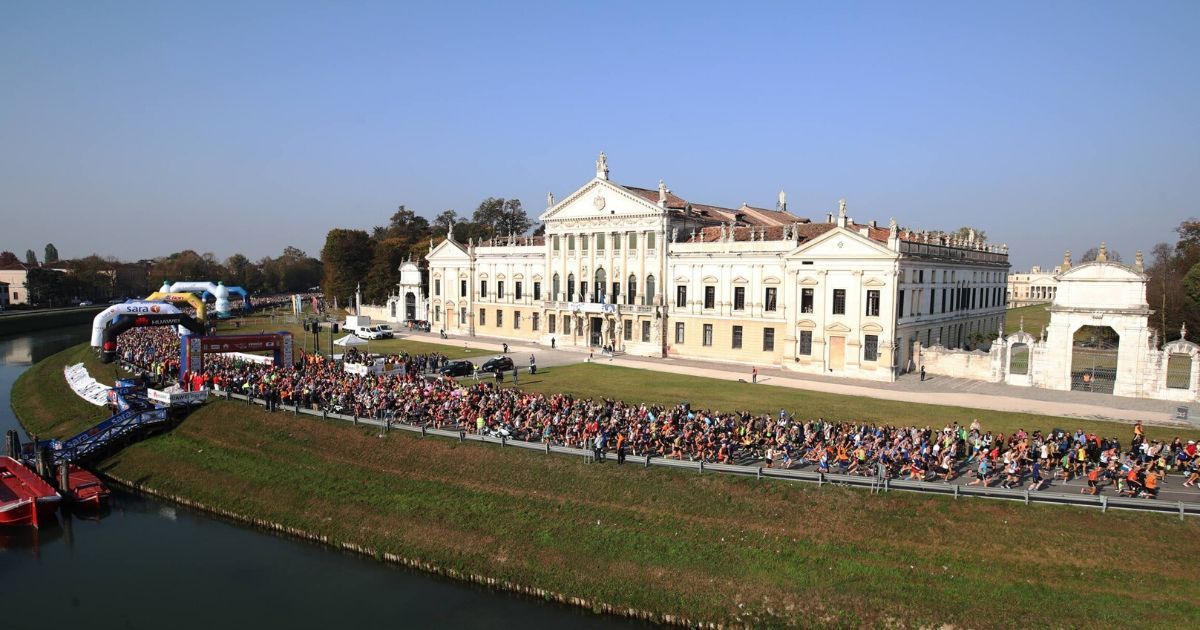 27/10/2019
People will remind this edition as a spectacular edition for the good and warm weather that permits to 13,000 runners to run through Venice in the Huawei Venicemarathon and VM10K.

Numbers
100.000 San Benedetto bottles are distributed, more then 30.000 ProAction products, 30.000 Palmisano buiscuits 40,000 kg of bananas, 22,000 kg of oranges distributed by Coldiretti Venezia, 15,000 kg of Melinda apples.
For the race packet transportation, Venicemarathon used 12 tractor trailer of Transportservice, 2 moto pontoons of the Boscolo Bielo Ivano company, 12 boats of Brussa Trasporti and 200 people, of the Scout CNGEI of  Venezia group and Scout Agesci Gazzera, Asd Basket Gazzera e Asd Fenice Calcio a 5.
It was used 40 km of Karhu tape, 10,000 metres of barriers and more than 2.000 volunteers; 20.000 sponges used by runners and picked up by volunters.
Medical Service
The medical service was coordinated by Doc. Massimiliano Delantone, who works in the 118 Emergency Service at Mestre. Interventions were very few.

Curiosities
Francesco Arone, the marathon runner who run without schoes crossed the finish line in 3h17'23", Andrea Bertoldini who won the Regata Storica, finished his race in 3h32'50", Leo di Angilla the drummer of Jovanotti and Mengoni, finished in 3h48'06", don Marco Carletto of Athletica Vaticana 4h32'17".
Special prizes
The "Claudio Zamengo" prize, was given by Fulvia Corbella, the most young athlete who participate to the marathon. The Trofeo Sprint of Il Gazzettino was given by Maurizia Cunico, the first Venetian runner who crossed the finish line. The Port of Venezia prized the fastest runners of the Port that ran the VM10K:Thomas Gavagnin and Arianna Coronati.