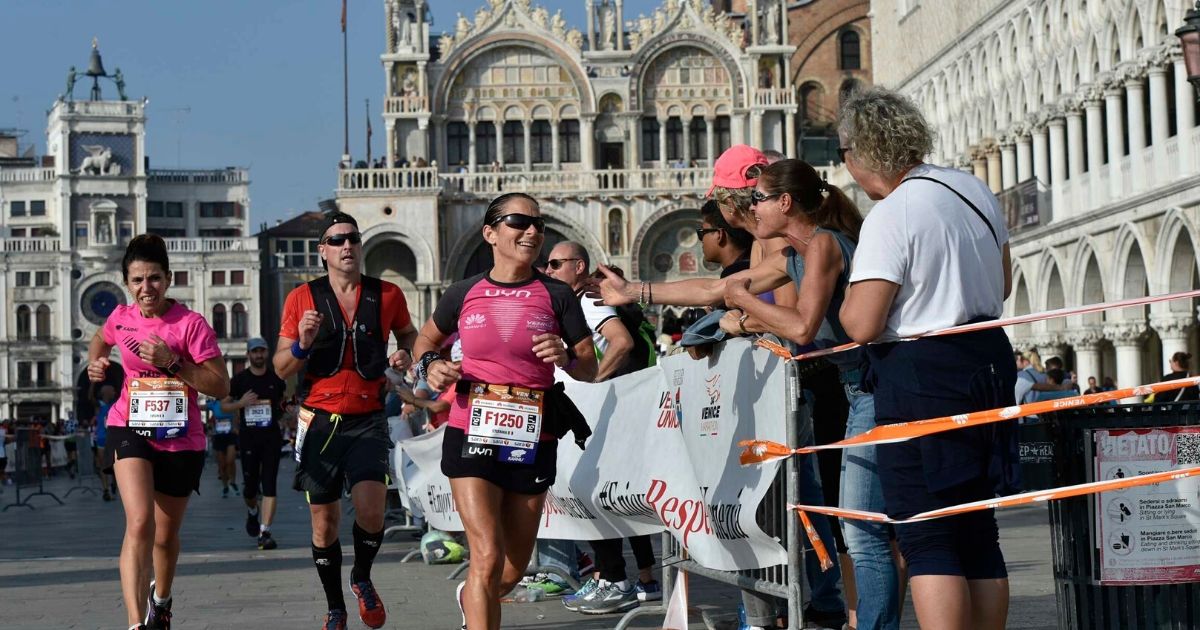 Huawei Venicemarathon permitted to more than 30,000 people to run! The organization is already working for the 35th edition

28/10/2019
Venice, October 28, 2019 – The 34th Huawei Venicemaathon was the cherry on top of a great sport party that started the first Saturday of October with the first Alì Family Run and continued for the other Saturdays at San Donà, Dolo and Mestre. The Alì Family run involved 18,500 runners. With the 13,000 runners that yesterday ran the Huawei Venicemarathon and VM10K, the participant of the whole events are more than 30,000.

Venicemarathon organizers are working for the 35th edition that will be on 25th October 2020. Tomorrow a little group will fly to New York, starting the promotional tour.

Registration will open on Friday, October 29, with the Black Friday. The registration of the other Venicemarathon events – CMP Venice Night Trail (April 4, 2020) and Jesolo Moonlight Halfmarathon & 10K (May 16, 2020) – are already opened.

The Venicemarathon Charity Program is still opened. Fundreaisers collected 75,980 €. People can donate for the next months.

The Marathoners’ Mass, promoted by Athletica Vaticana, was a great success. Lots of runners participated to the Mass at San Zulian Church at Venice.